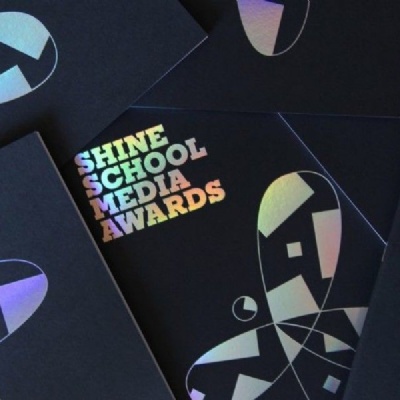 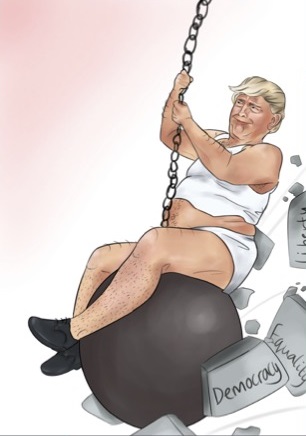 Ruby’s winning cartoon, Trump on a Wrecking Ball was judged by none other than the Daily Telegraph’s legendary Pocket Cartoonist, ‘Matt’. Together with co-judge, Steve Marchant of The Cartoon Museum, Matt Pritchett said Ruby’s eye-catching work was ‘such a powerful image, and Trump has an excellent expression on his face’.

The Shine School Media Awards attract large numbers of entries from secondary schools across the UK, and give students a great insight into the worlds of media, digital, print, podcasts and publishing. Our Shine team’s creativity and hard work resulted in a trio of awards for their magazine:

King's High Warwick, Ruby for Trump on a Wrecking Ball

Highly Commended for Print and Design

King’s High Warwick, Shivanshi for Design for 410: An Exploration of Fear

Highly Commended for Writer of the Year