Following the High Sheriff of Warwickshire's official opening, take a look around our inspirational Changemaker Gallery

How our pupils created an ambitious project to celebrate women who make a difference.

The Changemaker Gallery is a collection of photographic portraits, in the main entrance of King's.  Do go and take a look when you have a chance - it makes a stunning impact, and encapsulates Dr Burley's message that 'The gallery embodies the values that are important and inspiring to our students.' The Changemaker Gallery was officially opened by the High Sheriff of Warwickshire, Lady Willoughby de Broke. She described the gallery as ‘inspirational’, adding: ‘The choices span the centuries, but it is so good to see the girls include women who are still alive – they are such positive acts to follow.’

The Changemaker Gallery celebrates scientists and writers, poets and lawyers, actors, activists, and athletes.  The portraits run across the centuries, from Jane Austen to Tarana Burke, founder of the MeToo movement. Pioneering aviator, Amelia Earhart and athletes, Jessica Ennis-Hill and Ellie Symonds feature alongside Maya Angelou, Rosalind Franklin, American Supreme Court Justice, Ruth Bader Ginsburg, and Amanda Gorman, who delivered her poem The Hill We Climb at the inauguration of President Joe Biden.

While some of the changemakers are at the forefront of peoples’ minds – Greta Thunberg, Mary Seacole, Malala Yousafzai – others are less well known, such as Li Tingting, a young Chinese campaigner and activist for gender equality, who led a protest to draw attention to domestic violence in China.  Or perhaps surprising, like the 1930s Hollywood film star Hedy Lamarr, who pioneered technology that became vital in security  for cellular phones.

Head Master, Dr Stephen Burley says: ‘A changemaker is someone who takes action to inspire and lead positive change in their community, or in society at large, and at King’s High we pride ourselves on being a community of changemakers who are committed to creating a better world. Changemaking is a core value for us.’

Pupils and staff together launched the ‘Big Changemaker Conversation’ to encourage a whole-school debate about public figures, past and present, who have successfully forged significant and lasting change in the world. After much lively debate, the list was whittled down to nineteen women.  At our pupils’ suggestion, the twentieth space is a mirror to allow them to stand in the gallery within the context of a powerful and inspirational network of global changemakers.

King’s High’s Head Girl team, Pirasha, Jemma, and Jenny explain: ‘The Changemaker Gallery is a place where we hope everyone can look up to and see someone who inspires them, someone who shares the same values as them, or even simply someone who looks like them. This gallery is extremely important as it shows pupils that anything is possible, and it only takes one person to make a great change! We hope that people will take a look in the mirror and see themselves as a future changemaker.’ 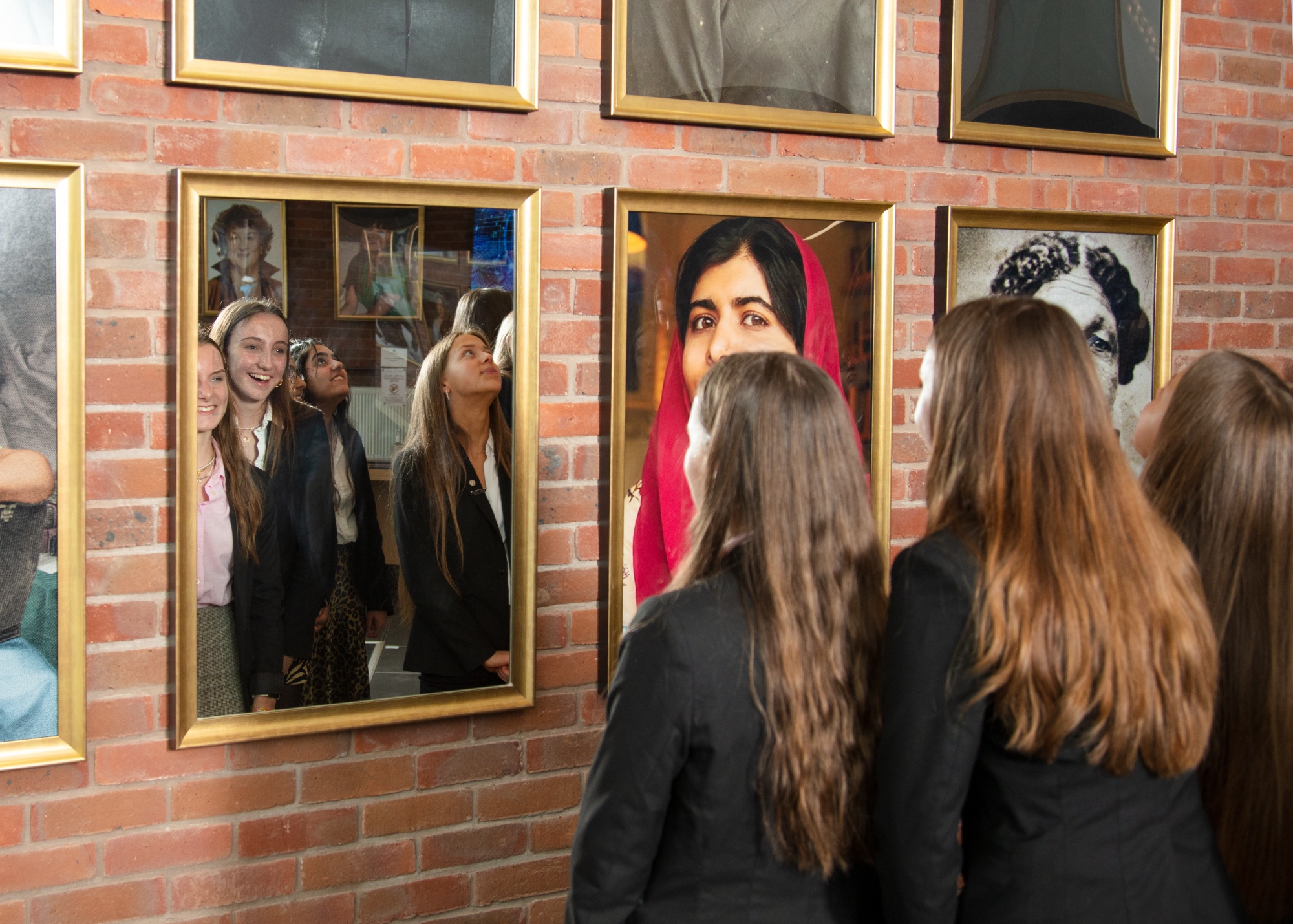