Saxophonist, Jess Gillam MBE  ranks alongside Sheku Kanneh-Mason and Nicola Benedetti for stardust celebrity and passionate involvement in musical education. Jess Gillam came to perform the official opening of the King’s High and Warwick Preparatory School Music School, which offers some of the best musical facilities in the region.

BBC News called Jess Gillam’s performance at the 2018 Last Night of the Proms ‘the undisputed highlight’. Jess was the first ever saxophonist to reach the final of BBC Young Musician, and in 2019 she performed live at the BAFTAs to millions of viewers at home.  Last year, she was a special guest at the Royal Albert Hall’s VE Day 75 Commemoration.  She became the youngest ever presenter for BBC Radio 3, and hosts her own award-winning weekly show and podcast, ‘This Classical Life.’

Jess Gillam is as acclaimed for performing Bjork or Brian Eno as classical music.   During lockdown, she launched her Virtual Scratch Orchestra, inviting musicians of all standards to come together to play music virtually with her. Over 2,000 people, aged 2-94,  from around 30 different countries took part, playing a huge range of instruments.

She is passionate about inspiring and bringing joy to people through music, and this was the message she delivered to our pupils and their families when she opened the Music School. Alex Laing, Artistic Director (Music) of King’s High and Warwick Preparatory School, says: ‘It was perfect that the inspirational Jess Gillam did the honours. She also gave a recital, which was truly stunning: passionate, atmospheric and virtuosic! She was an inspiration to all, especially our students.’

The new Music School is set to become an important hub as King’s High and Warwick Prep Music Department actively work to reverse national trends – loss of funding, fewer pupils studying, the continued fall in qualified music teachers – by sharing facilities, and forging partnerships. King’s High enjoys a strong association with Warwickshire Music Hub, hosting weekly rehearsals, and Ex Cathedra deliver Singing Playground workshops to hundreds of local primary schoolchildren. The Warwick Independent Schools Foundation is one of the founders behind the exciting new initiative, Warwick, A Singing Town, which recently launched at Warwick Hall with the aim of bringing ‘happiness, health and the harmony of singing to Warwick.’ 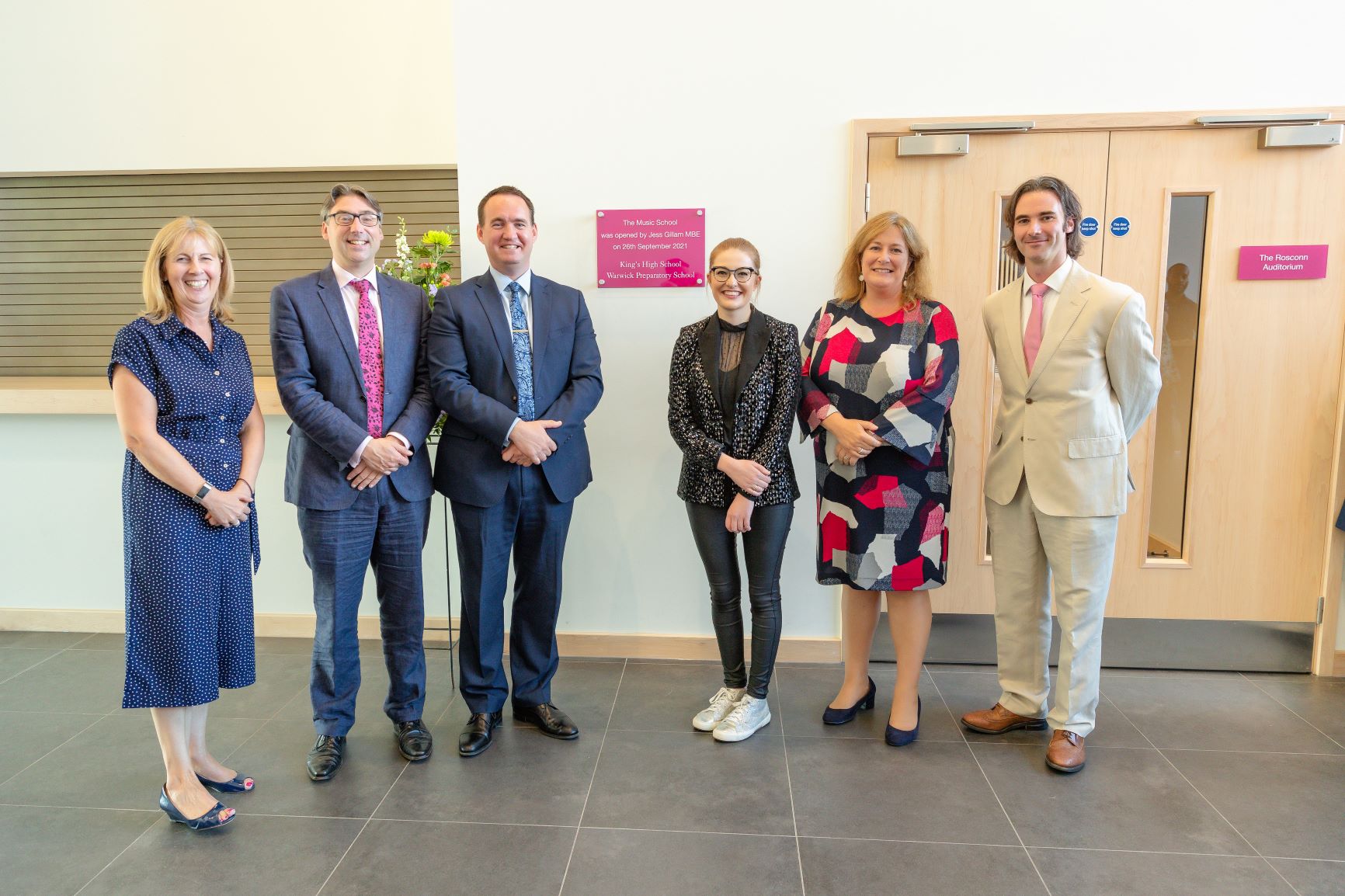