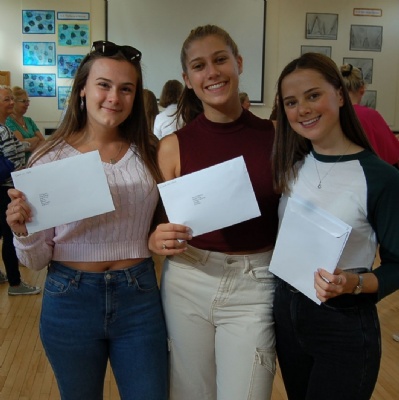 In the Year King’s High School was awarded Independent School of the Year for the West Midlands by The Sunday Times, King’s High girls and their parents joined staff to celebrate superb individual achievements when A Level results were announced.

The strength of the girls' achievements was recognised in the most recent ISI Inspection Report statement: ‘Results in A level examinations and standard measures of progress indicate that pupils make excellent progress by the time they leave the school compared to the average for pupils of similar abilities.’

Head Master, Richard Nicholson, commented, “I would like to congratulate all of our girls on their superb results. These reflect their hard work and dedication, the expertise of our staff, and the support of their parents. The girls not only achieve impressive academic results, but flourish in the pursuit of their personal goals over a wide range of disciplines, both curricular and extracurricular. We wish all our Year 13 leavers the very best for the future; we are extremely proud of them.”