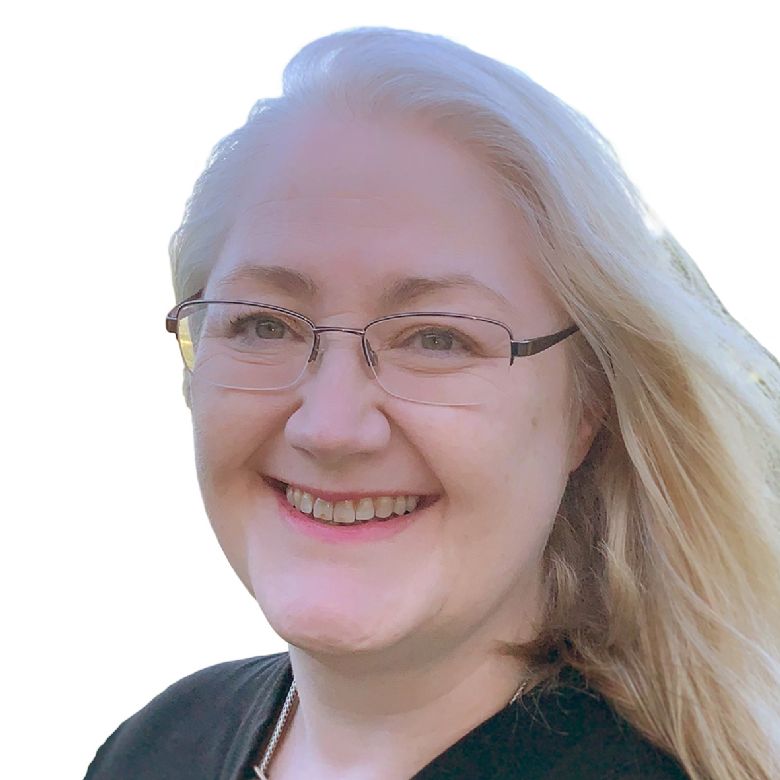 Caroline entered the teaching profession after completing her Masters degree in Micropalaeontology from University College London and postgraduate research at the ETH University in Zürich. Having been Head of Geography and Housemistress at Moreton Hall and then Wycombe Abbey, she credits to these first two schools her faith in the intimate connection between pastoral and academic development that drives her educational philosophy.

In 2004, Caroline joined the Senior Management Team at King’s High, Warwick and her most important work within King’s High can be summed up by the phrase “Buildings and People”. Appointed as Senior Teacher (Pastoral) and Head of Key Stage 4 she has placed paramount importance on the wellbeing of staff, students and their families. Amongst her early initiatives were not only establishing the monitoring system but an exciting programme of trips, including the Arizona ranching trip, as well as the annual trip to India where sixth formers fundraise for and teach in a school. Beginning with her promotion to Deputy Head, Mrs Renton also undertook key responsibilities on the School's major infrastructure projects: the Creative Arts building and the Dining Room (on the original Smith Street site), culminating in the building of the new campus. Together, “Buildings and People” can be seen to represent the School's community in its wider sense: a happy family in a healthy home.

Mrs Renton is an advocate for live music, including opera and jazz festivals. She is looking forward to arranging further concert trips for parents and girls once the world returns to normal. She is also a firm believer in the value of Equestrian events, creating both the School's Polo and Equestrian Wellbeing programmes in recent years. In her spare time she enjoys needlecraft and origami, fine dining, and travels widely for cultural events. 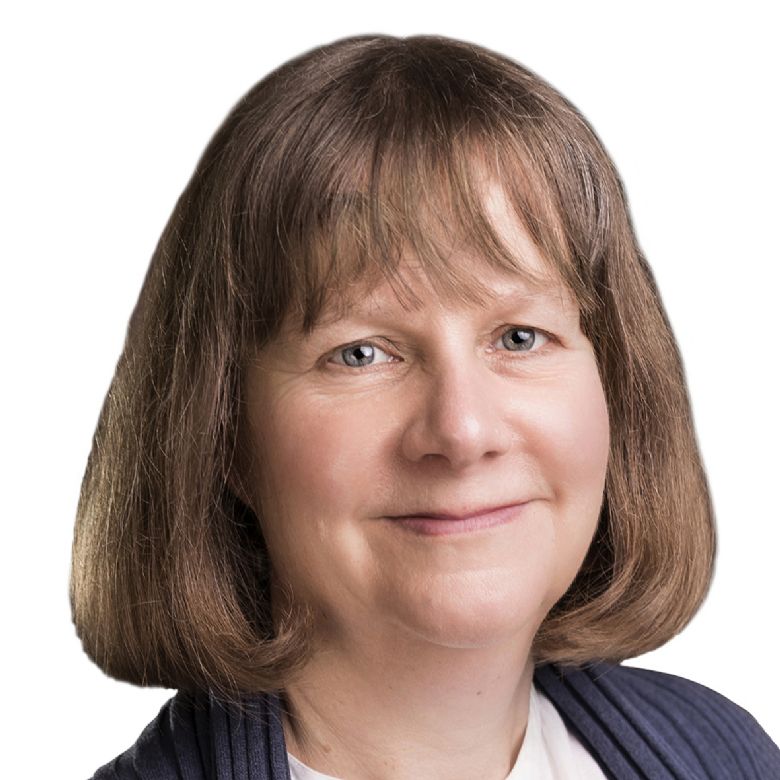 Shirley read Geography at Hertford College, Oxford before completing her PGCE at the University of Exeter. She joined King’s High in 2010 as Head of Geography, having already lead departments in both state and independent schools. Fully committed to the benefits of outdoor learning and fieldwork, she broadened the opportunities at King’s by organising visits to new destinations including Morocco and the USA.

Shirley soon combined her academic role with becoming Head of Year 7, using her teaching experience in preparatory schools to develop the transitional links with feeder schools. Joining the Senior Leadership Team as Head of Key Stage 3 in 2017, she has been responsible for forging the school’s relationship with the Diana Award charity thus developing the role of students in peer support through the highly successful Wellbeing Ambassador programme. From Autumn 2020, with the change of headship, Shirley takes on the mantle of Deputy Head Pastoral.

Interests include choral singing, travel off the beaten trail and exploring the British countryside on foot. A typical weekend may include family time, a spot of home restoration, a visit to the RSC theatre and a good, long read. 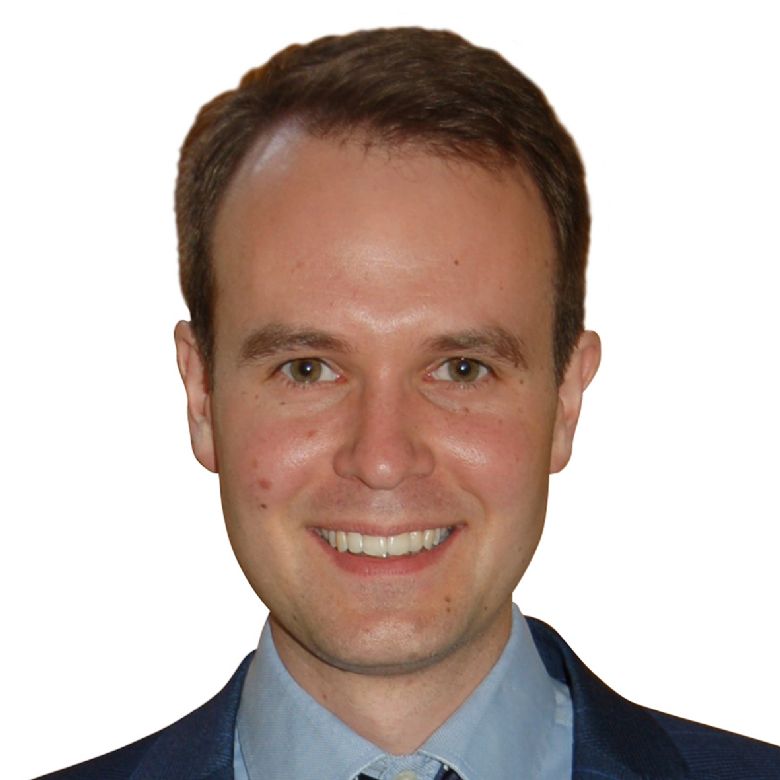 Philip Seal has a DPhil from Balliol College, Oxford.

Passionate about the future of education, Philip joined King's High in September 2017 with a brief to encourage creative thinking and intellectual curiosity across the School. Working initially as Head of Academic Enrichment and then Director of Studies, Philip now oversees the intellectual life of the School both inside and outside of the classroom. As well as working to ensure that students across the year groups make outstanding progress in their studies, Philip coordinates the wealth of enrichment events and activities that make up our Inspire Programme.

Beyond school, Philip is a published poet and keen walker of the Cornish coastal path. 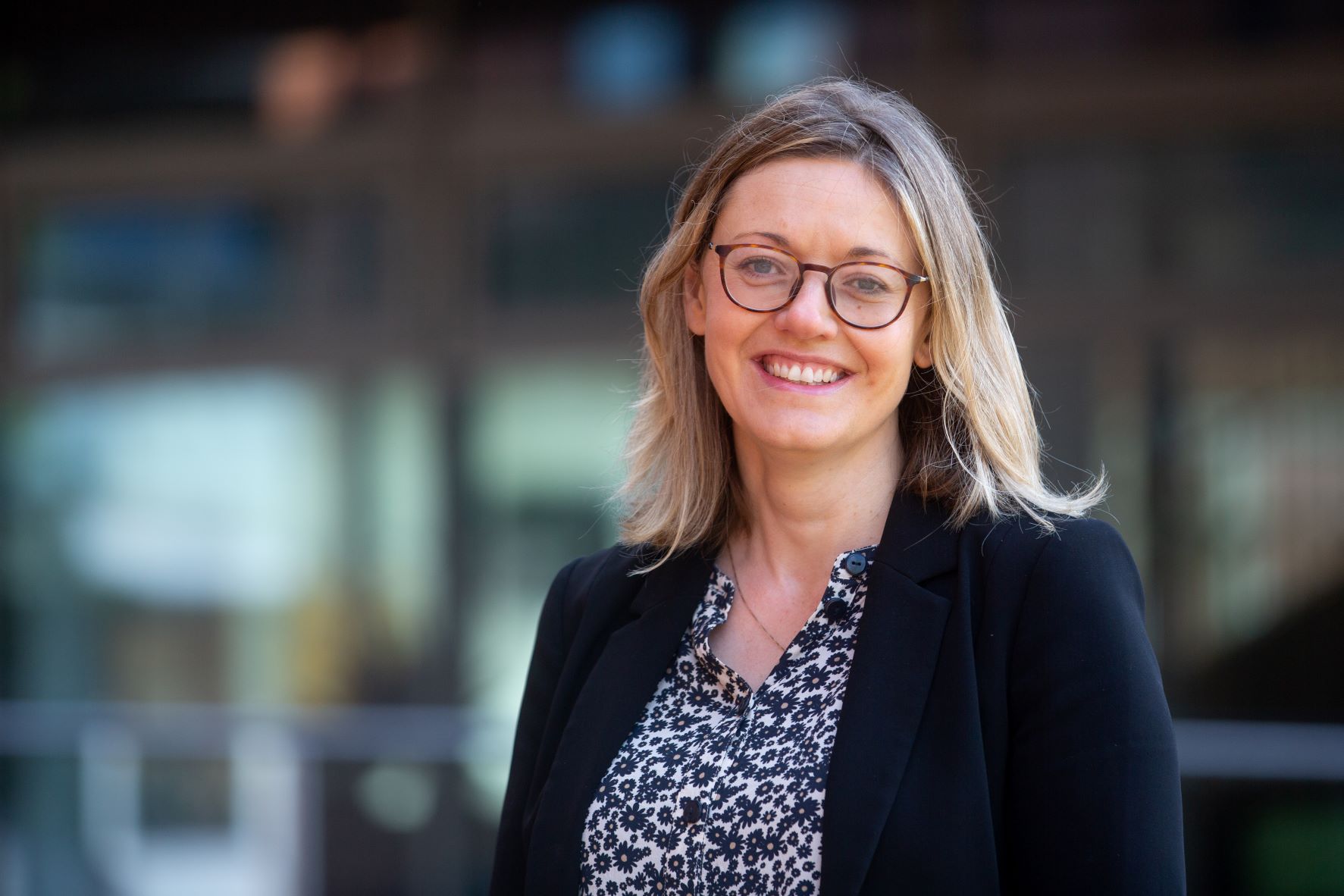 Celia studied Classics at Trinity College, Oxford where she was also a choral scholar. She completed her Masters in European Cultures at Birkbeck College while undertaking her PGCE at King’s College London. She taught Latin and Greek at King’s College School, Wimbledon for over a decade, with key roles in the school’s pastoral team during a period of significant development.

Since moving to King’s High as Head of Key Stage 4 in 2018, she has loved the energy of such a forward-looking school. She continues to teach Latin as well as the Create, Curiosity and PSHEE programmes and became Head of Sixth Form in 2021. 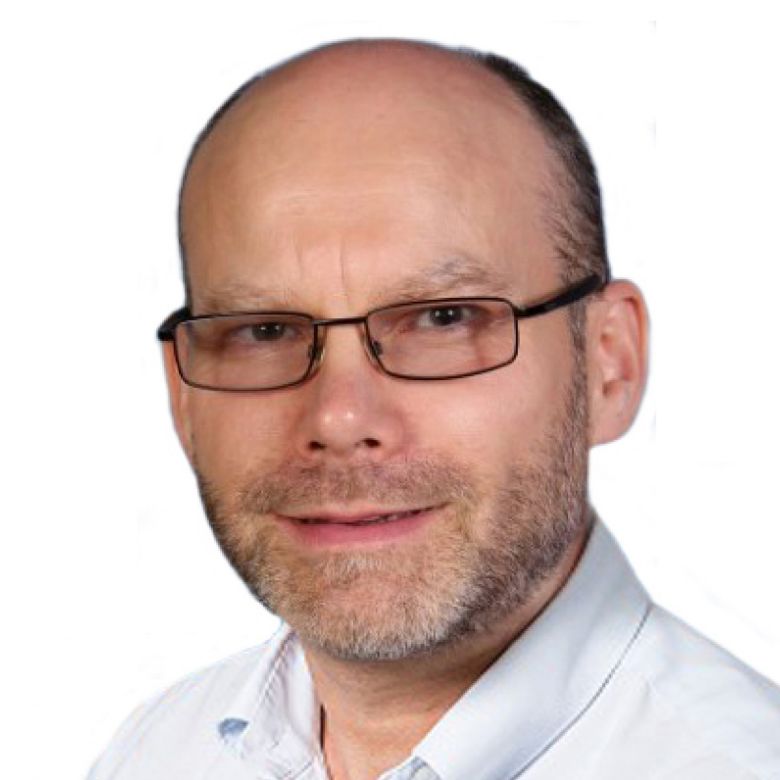 Tony studied Physics at Warwick University where his specialism in materials science led to him being sponsored by Rolls-Royce for his PhD. As a Chartered Physicist and Chartered Engineer, he undertook research projects for blue-chip companies including Rolls-Royce and British Gas prior to starting teaching. Having begun his career as a Head of Department at Kineton and then Myton School, he was delighted to join King’s in 2007. There have been many facets to his role at King’s from promoting his love of Physics as Head of Department to extending the provision to our students as AG&T Co-ordinator. In his recent role as Director of Timetabling, he has overseen multiple curriculum changes and facilitated growth and flexibility within our Prep and Senior schools.

Tony has always endeavoured to enable students to pursue their individual aspirations to the highest levels as well as to inculcate a love of enquiry and learning, enabling them to be confident, adaptable and articulate members of society. In his current position as Director of Studies, Tony will continue to maintain and develop the outstanding provision here at King’s.

Beyond school, Tony enjoys photography, weight training and keeping up to date with current advances in Physics and Engineering. 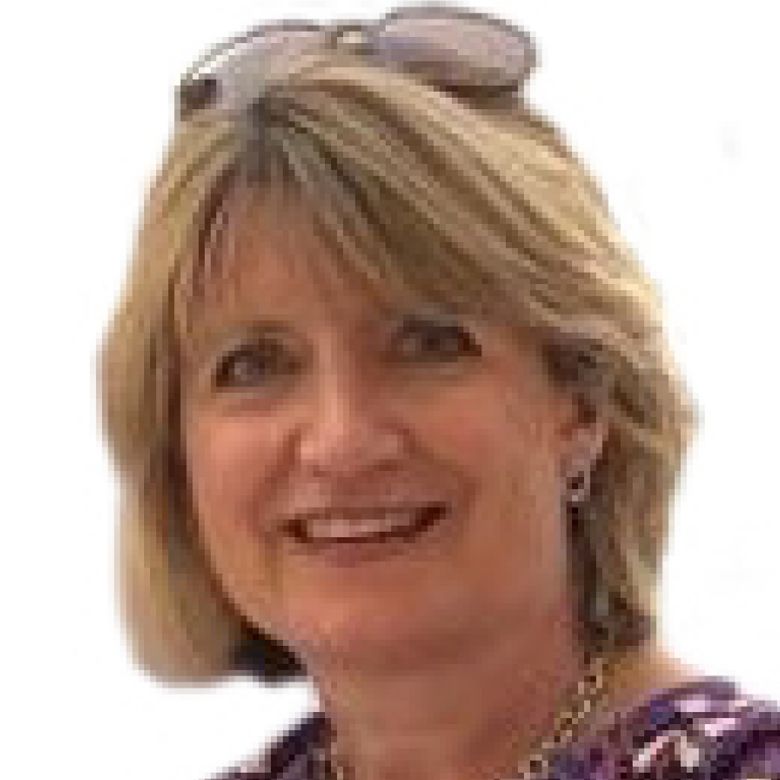 Sarah comes from a family of teachers and knew from a young age that she wanted to enter the profession. With a passion for food, nutrition and cooking she wanted to pass on her skills to a new generation.

Following a BEd (Hons) at Worcester College of Higher Education, Sarah started her career at St Augustine’s RC High School in Redditch in 1988, teaching Home Economics. In her 19 years there she went on to become Assistant Head of Sixth Form, Special Educational Needs Co-ordinator and Deputy in the Technology Department.

In 2007, Sarah joined the Team at King’s High as Head of Food Technology, teaching every pupil in the school. In the intervening years she expanded the Department and was instrumental in keeping A Level Food Technology on the curriculum.

Today, Sarah is Director of Co-Curricular and Operations and part of the Senior Management Team at King’s High.

Sarah remains as passionate about providing opportunities for all students to develop their skills as she was in the early days. She enjoys seeing students flourish as they move through their school years and ultimately prepare for the next stages of their lives as they leave from Upper Sixth.

She is mother to two boys and enjoys cooking, travelling along with keeping fit. 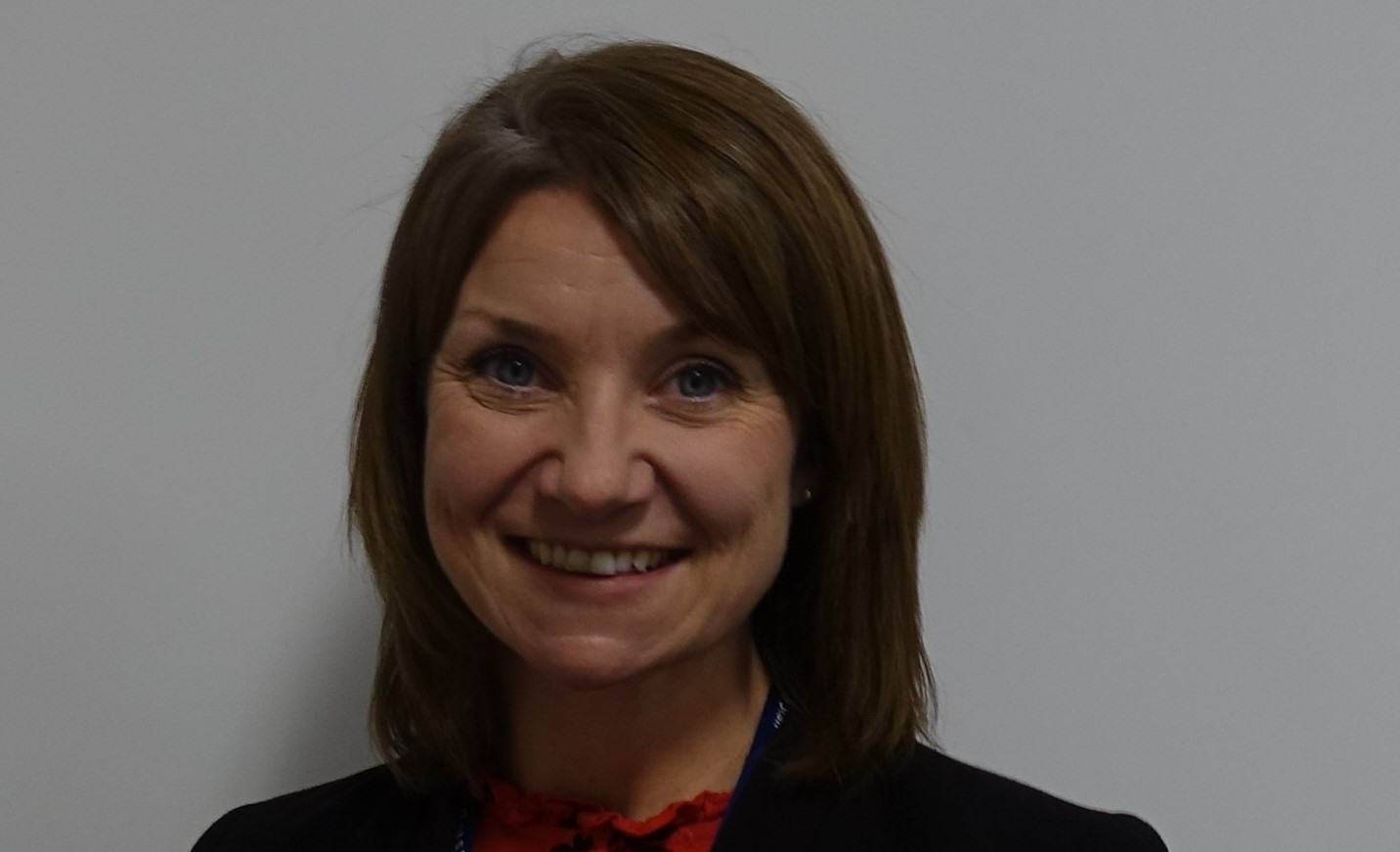 Lisa studied English at De Montfort University, Leicester and entered the world of publishing before realising that teaching was the career for her.  She completed her Secondary PGCE at Southampton University in 2005 and returned to Warwickshire to begin her teaching career at Myton School.

In moving to Princethorpe College, she gravitated towards the pastoral life of the school, taking the role of Head of Year 9 and evolving into Head of House as the school moved to a vertical tutoring system.

Lisa is a believer that the emotional and holistic wellbeing of each individual is at the core of their ability to succeed both within school and beyond it. Strong relationships, an opportunity to grow, thrive and show your authentic self is integral to education both inside and outside the classroom.  She joins King’s High in a new role as Director of Wellbeing, Values and Skills as part of the pastoral team.

Beyond school, Lisa is an avid reader; enjoys theatre, walking and is an active mum of two sons.